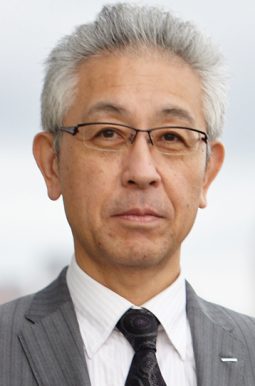 In 2018, he was also appointed to the Whisky Quality Advisor of Beam Suntory Inc., which has Bourbon, Scotch, Canadian and Irish whiskey brands.

Shinji was born in 1961 at Nagoya-city, Japan. After graduating from Nagoya University, he joined Suntory Limited and his first assignment was as a scientific staff at Hakushu distillery. Since then, he has continued to work in the field of whiskey research and production rigorously. In 1992 he was appointed as a blender at Yamazaki distillery and 1996, he was sent to Scotland to conduct whisky-related research at the prestigious Heriot-Watt University. After 2 years of research at Heriot-Watt, he worked at the subsidiary of Suntory Limited, Morrison Bowmore Distillers at Glasgow, for 4 years as a board of director. He returned to Japan in 2002 and resumed his role as a blender at Yamazaki distillery.

His knowledge mainly covers malt whisky production process, whisky inventory management and whisky design by blending. Products he has blended, such as Yamazaki Sherry cask, Hibiki Japanese Harmony, Hakushu Distillers Reserve, have received numerous awards in the international competitions. He regularly noses hundreds of samples to secure the taste consistency of current various whisky brands and to create new products. In order to achieve the blender’s job which depends on five senses, mainly tongue and nose, he pays attention to his physical conditions and tries to keep his regular life.

He lives in Kobe with his wife and two sons.