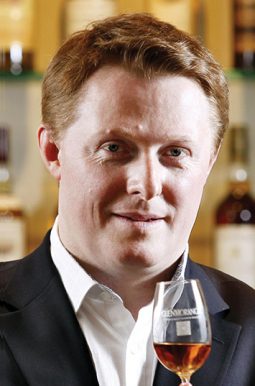 Global Brand Ambassador David Blackmore represents the Single Malt Scotch brands of The Glenmorangie Company throughout the world, in Asia, North America and in his home country of Scotland.

A native of Scotland, born and raised in Edinburgh, David is an experienced professional whisky tutor, and member of the prestigious Glenmorangie Company Whisky Creation Team. With a background at the Scotch Malt Whisky Society in Scotland and London and a sophisticated nose, David formerly led The Society’s prestigious “Tasting Panel” in selecting casks for bottling.

In 2014 David was honored to become a member of the prestigious Keepers of the Quaich Society at a ceremony in Blair Castle deep in the heart of the Scottish Highlands.